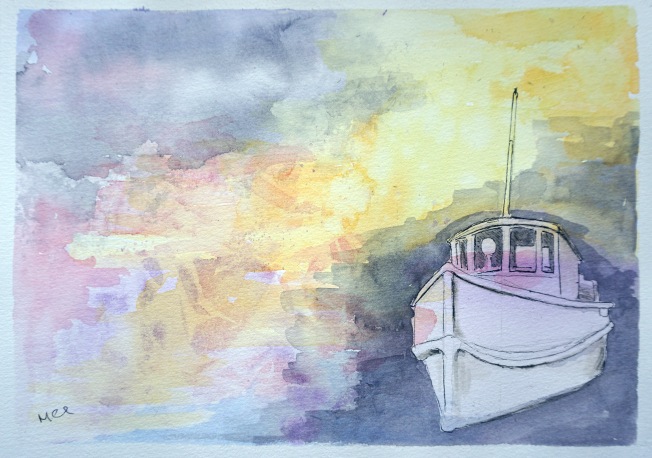 The King of Glory

A Psalm of David.

The earth is the Lord’s and the fullness thereof,
the world and those who dwell therein,
For he has founded it upon the seas
and established it upon the rivers.

Who shall ascend the hill of the Lord?
And who shall stand in his holy place?
He who has clean hands and a pure heart,
who does not lift up his soul to what is false
and does not swear deceitfully.
He will receive blessing from the Lord
and righteousness from the God of his salvation.
Such is the generation of those who seek him,
who seek the face of the God of Jacob. Sela 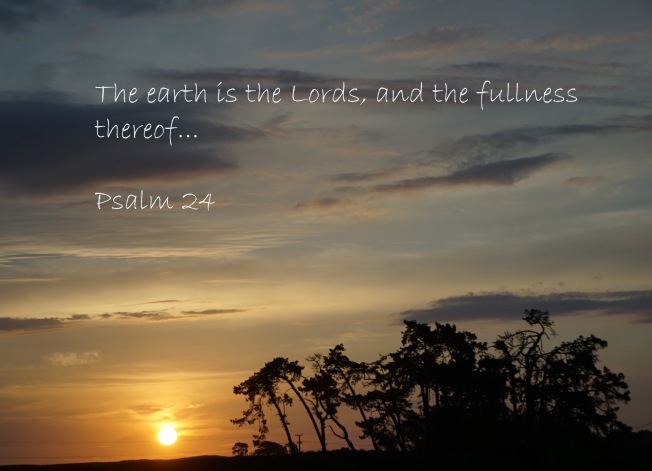 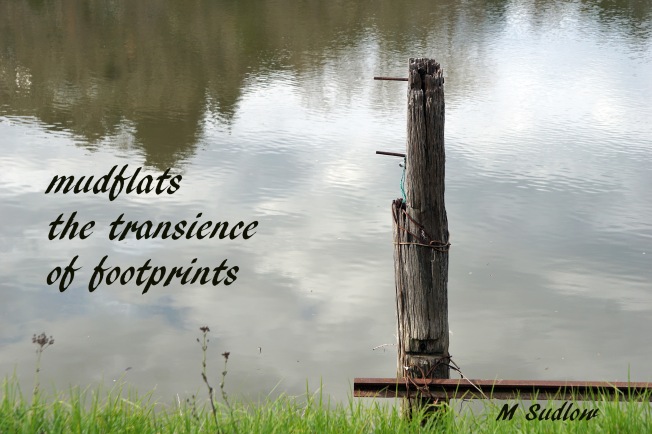 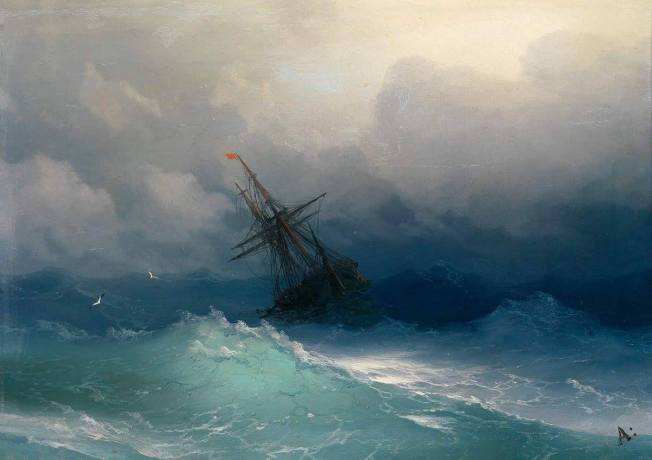 painting by Ivan Aivazovsky, a master of seascapes.

Answering a challenge to condense three of Basho’s wonderful ku into one.  To see the whole challenge visit the original post

It is unexpectedly cold tonight and I am curled up under two quilts, wondering how I came to be in this unknown place.  The moon is lost among drifting stars that call to me with a strange intensity.

falling sick
in a field of dry grass
autumn wandering

That Christmas Eve in 1953 when a lahar swept down the Whangaehu River from Ruapehu’s crater lake, carrying away a train packed with people and presents.  151 people were killed that night, including the engineer and the fireman. 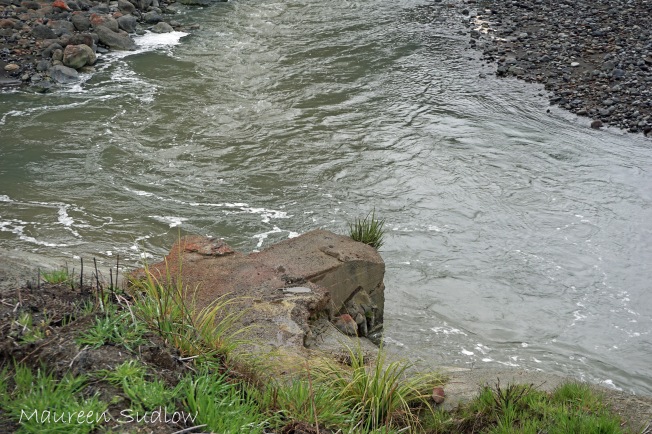 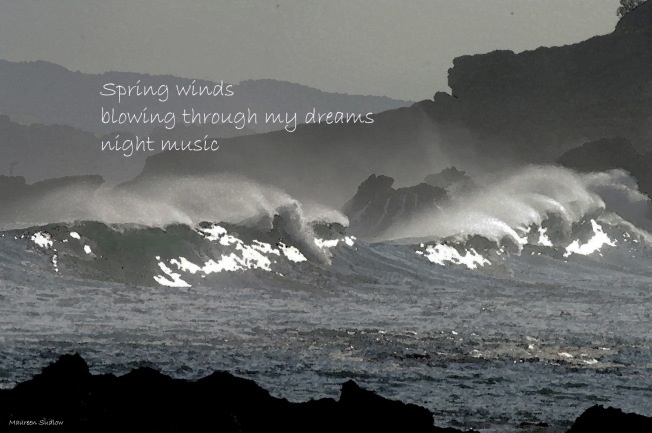 Been a sad day here today.  Two whales, a mother and her calf, got stranded on the beach near Dargaville.  Rescuers did all they could but sadly the baby died.  They were trying to refloat the mother today but not hopeful now as high tide has passed.  I guess that poor mother just couldn’t bear to leave her baby… I wrote her a Karakia.

Bless O Lord, Leviathan
tossed out from the sea
called by her calf
on the dangerous strands.

Pity for a mother
bereft of her child
and those who labor
to save her life.

Whale song drifting
on the tides

Woke up this morning and saw this out the window. Rushed out half asleep in the dark with the camera – fiddled with the adjustments without being able to see them, and spent the next half hour trying to find out what I’d done!! The first photo isn’t bad, but the second is the result of brain fade… 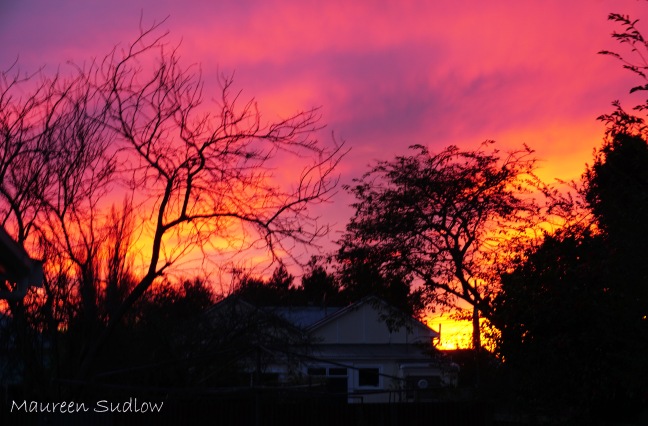 …and here it is 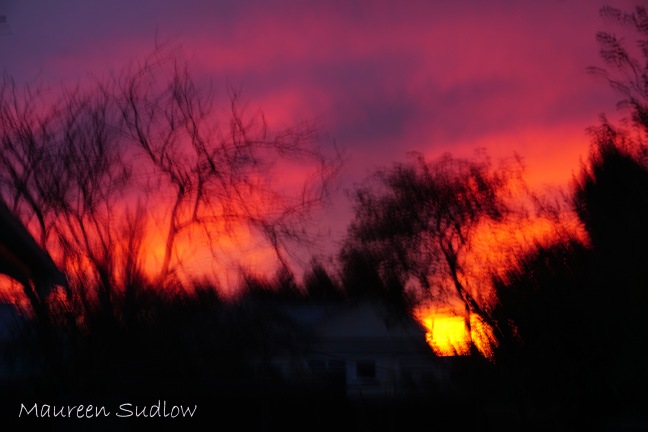 Down to Castlecliff this morning hoping to get a glimpse of that blood moon – but too much low cloud.  All we caught was the sunrise… 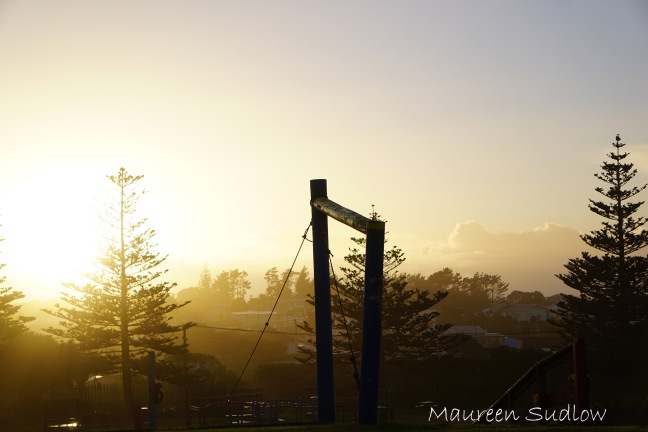 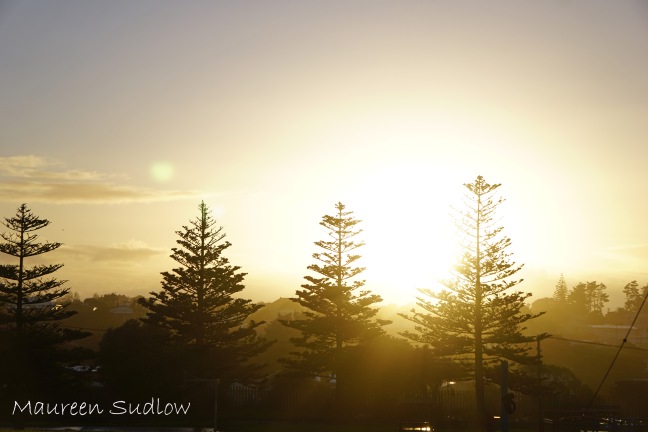 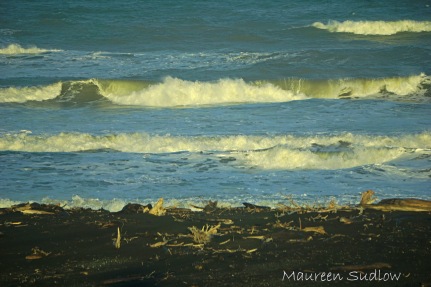 © Maureen Sudlow and www.kiwis-soar, 2012-2016. Unauthorized use and/or duplication of this material without express and written permission from this blog’s author and/or owner is strictly prohibited. Excerpts and links may be used, provided that full and clear credit is given to Maureen Sudlow and www.kiwis-soar.com with appropriate and specific direction to the original content.

Gray clouds trail across the sky. In the pale winter sun a flock of geese (Ben Grafström--Akita, Japan)

Let's Have Another Piece of Pie

Sometimes life cries out for a nice break from the daily routine ...... a pie break, so to speak. A time to sit, to listen, to reflect. To taste the sweetness of life.

Art Journey—these works along the way. . . .

Art is the Struggle to Understand

A blog about Sedums, Semps, Succulents and my garden odyssey

Crafting Poetry One Syllable at a Time

Words about pictures by Michael Scandling

Tessa Can Do It - Positivity is Everything!

Author of "Government Property - A Memoir of a Military Wife"

一枚の写真は一千語に匹敵する／A picture is worth a thousand words

The Power of Art

A Total Eclipse of the Art